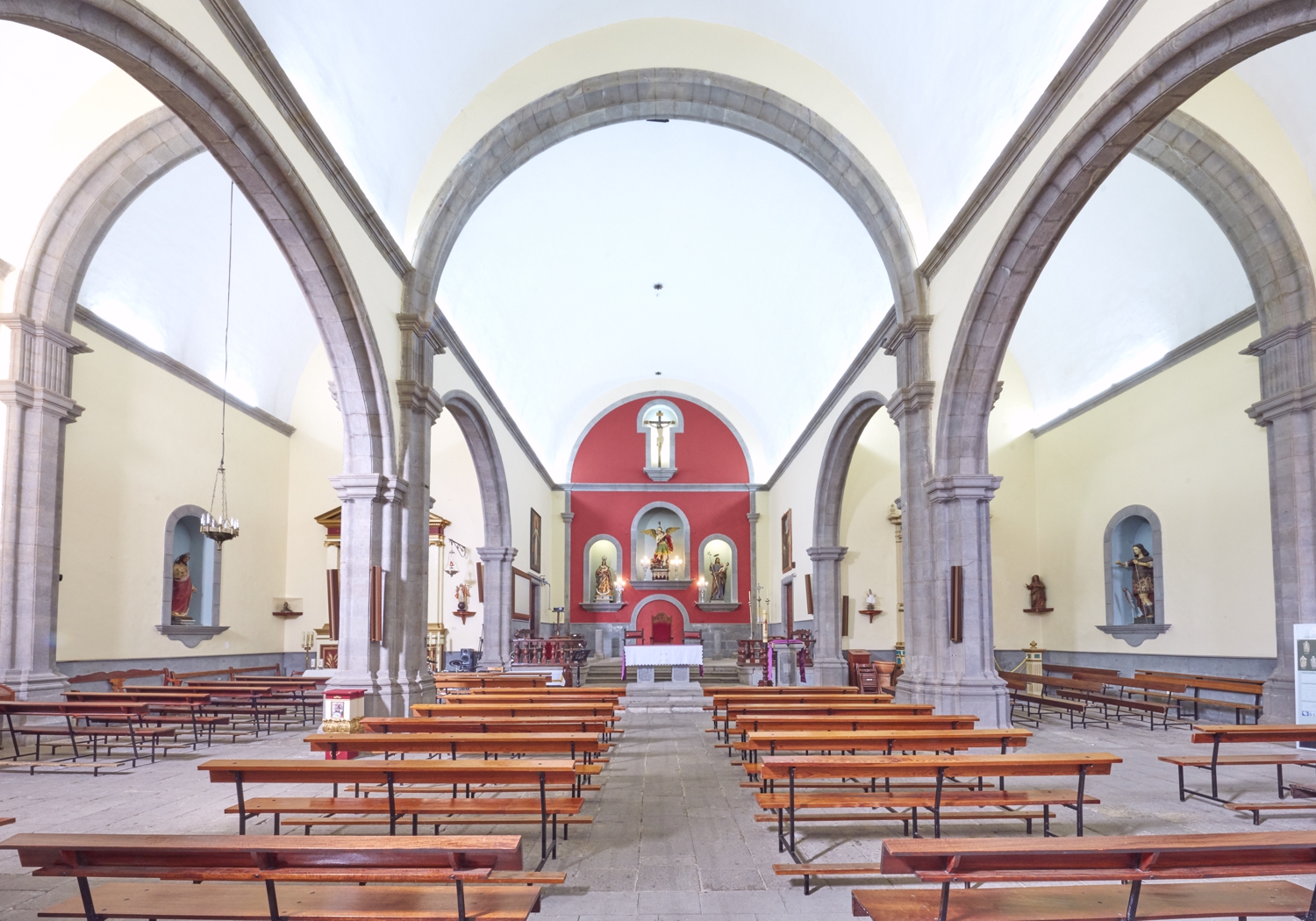 First of all a chapel was erected, which measured 19 yardsticks in length and 9 in width, the same between the years 1670 and 1672, dedicated to Saint Michael the Archangel. This thanks to the Canonical Prior of the Cathedral of Las Palmas, Don Mateo Tello y Casares, who donated 2000 ducats for its construction, helped by the contributions of the neighbors. A cemetery existed at the time when it was built, known as the grave of the Colmenar. which is currently buried beneath the San Miguel Square.
The chapel was part of the San Juan de Telde Parish until the year 1800, being instituted into the San Miguel Arcángel Parish in the same year by Bishop Verdugo. The current building was built by the people of Valsequillo between the years 1903 and 1923, and intervening diverse architects, master builders, and laborers..
The building we can now contemplate is a temple of eclectic style, combination of different artistic tendencies, in particular classicist and neo-gothic, and structured in its interior into three bays separated by semi-circular arches raised over composite pillars decorated with attached pilasters. Altogether it is a vaulted building, with gun walls in its central part and pointed vaults in its lateral bays. The church is home to several important works of art, described in the following posts.