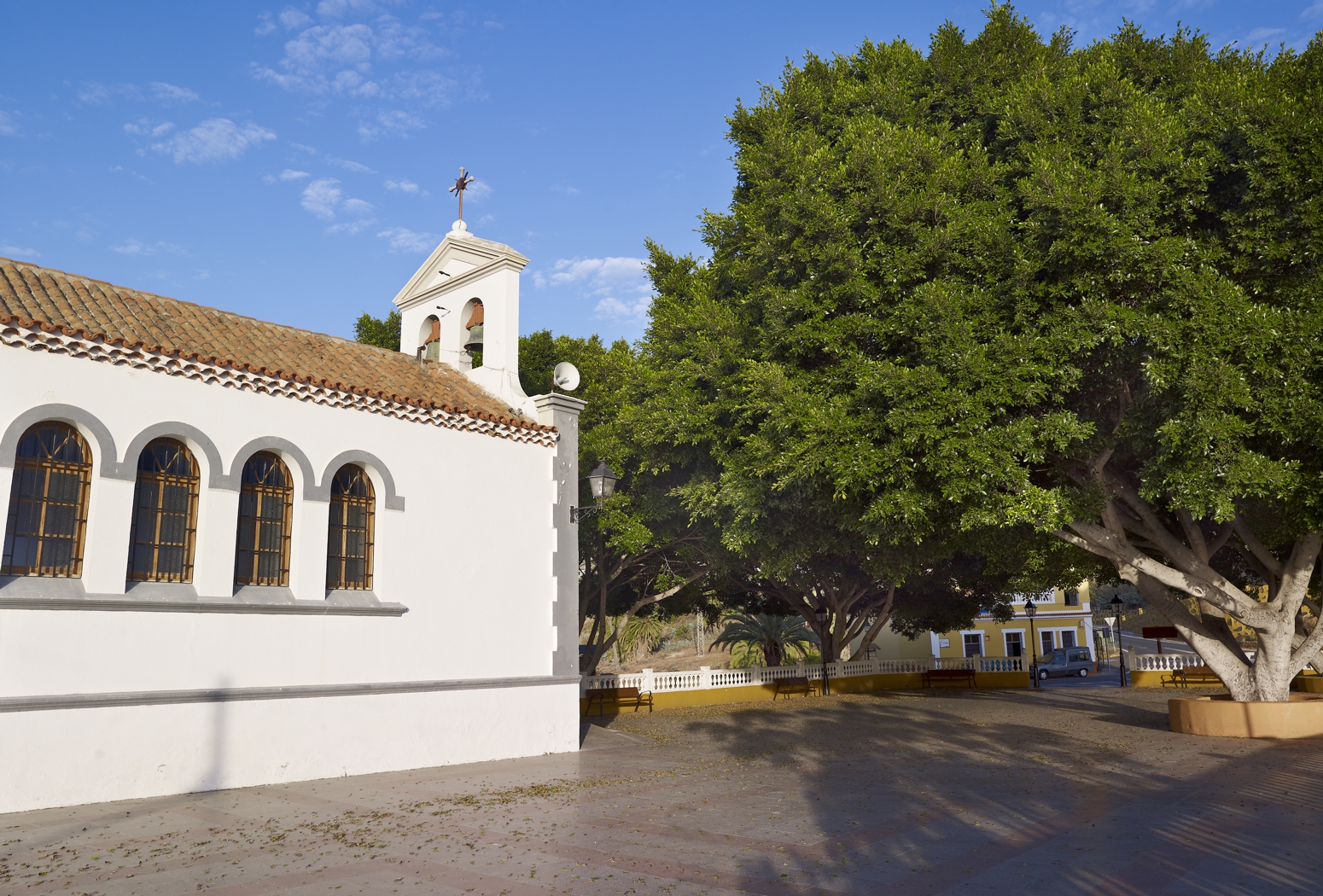 The first chapel erected in tribute to San Roque, originally called Casares or Oreste, was built between the year 1728 and 1735, under the sponsorship of Don José Marín y Cubas, Priest of the City of Telde. The current church was built approximately in the year 1920, with elements of its traditional architecture.
The building’s current appearance has varied with regards to its original and historical form, given that only the sacristy and presbytery of the primitive chapel remain, which were of rather reduced dimensions and Mudejar style, with the bay and its facade having been subsequently added. The latter is characterized by its simple semi-circular arched front, with its studded gate, which quite probably belonged to the primitive building. The sculpture of its patron saint, San Roque, is to be highlighted amongst the pieces of most notable value, the same a small sized carving dating from the 18th century. Other sculptures are also to be found in the church, as is the case with an image of Saint Joseph, small sized and of excellent quality, while Saint Francis and Saint Anthony of Padua are also to be mentioned, polychrome images that were obtained from the San Miguel Arcángel Temple