Church of Saint John in Tenteniguada 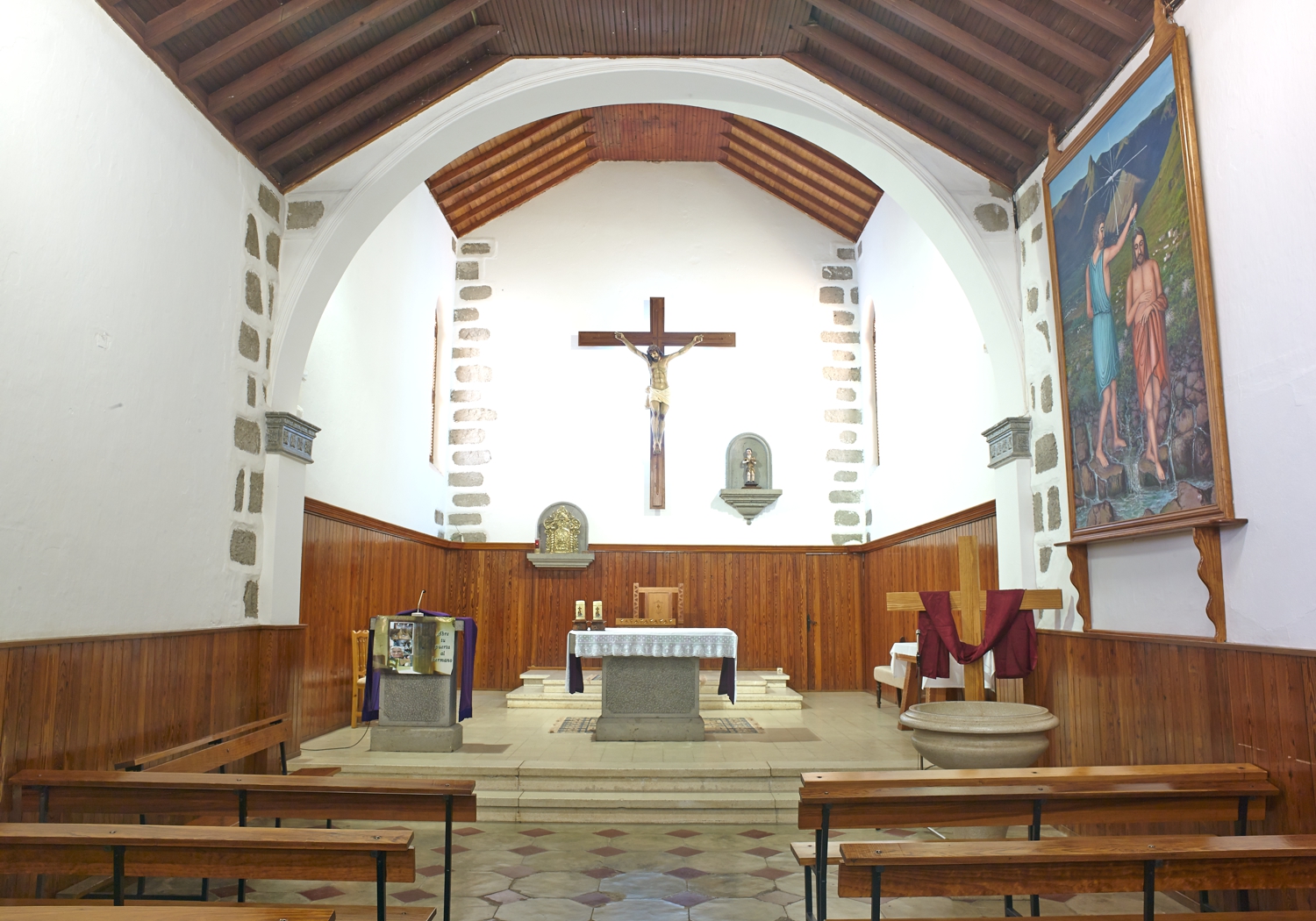 The San Juan Bautista Church in Tenteniguada was built at the beginning of the 20th century and Bishop Marquina officiated the first mass at the same during the Saint John Festivities of 1917.
Some valuable works of art are to be found in this church, as is the case with the two images of Saint John himself: one of them popularly known as “San Juan el Chico” (Saint John the Boy), this with reason of both its small size of only 53 centimeters, as well as because it represents the Baptist as a child; it is catalogued as a Castilian Sculpture dating from the 16th century. The other image, “San Juan El Grande”, was apparently brought over from Buenos Aires and donated to the Church by Don Juan Alemán Peñate. Despite being a modern church, part of its structure, at least in its interior, still corresponds to that of the ancient chapels that used to be found on the spot. The difference in volumes between the oldest part of the building and the one added during the decade of the fifties in the past century can be observed from the exterior. Inside the roof system is based on wooden reinforcements, while the exterior is a tiled gabled roof.