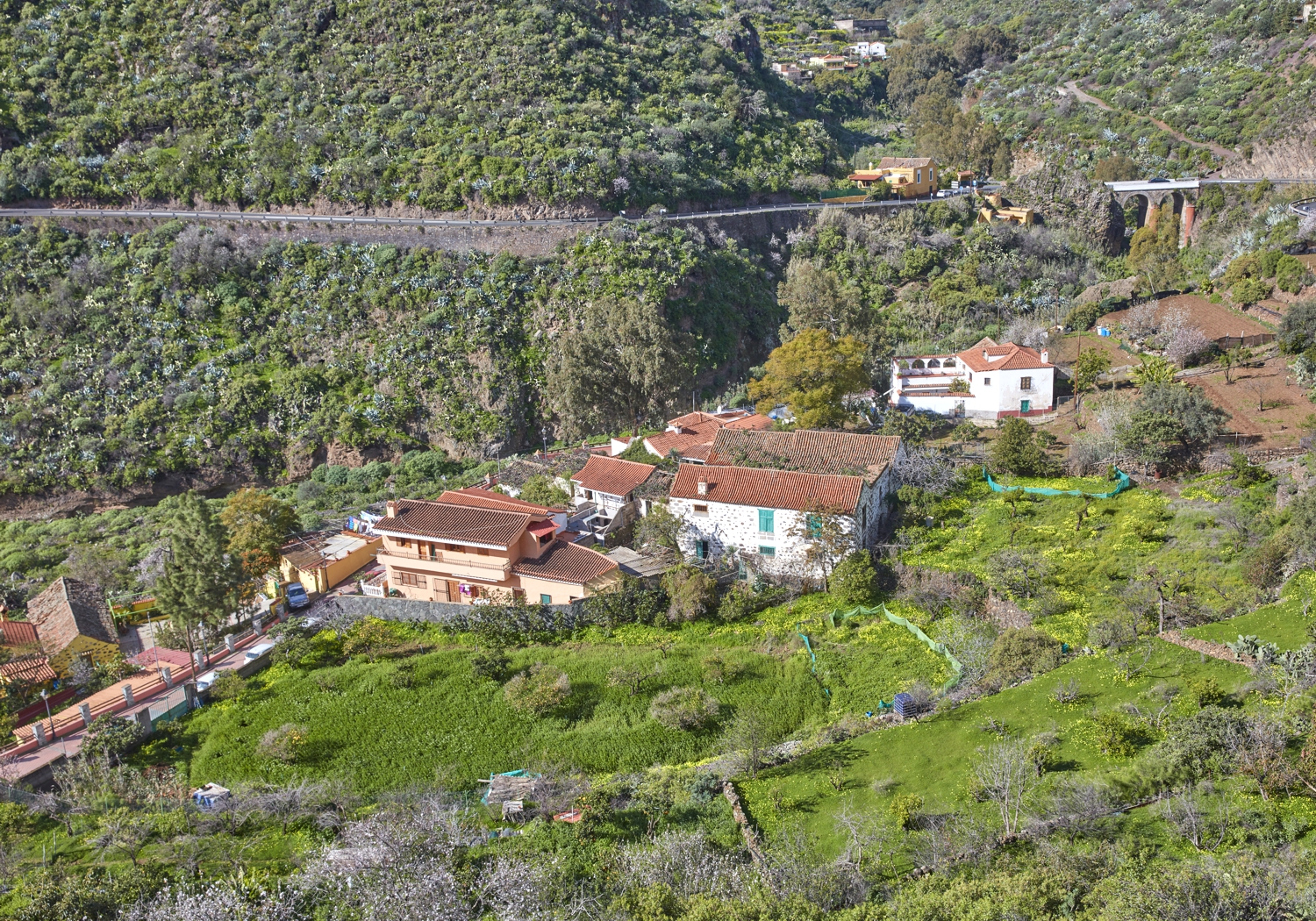 It was built in the year 1530 in the San Miguel ravine, known as Cuartel de El Colmenar. Several buildings linked to the military life were built around it. The main building is a U-shaped house, with a rear wall that gives way to the garden, a central courtyard called Patio de Armas, it has two floors, covered withArab tiles, with a corridor on simple pillars and wooden railing, two stairs give access to the sides.
The right wing of the ground floor was used for horses, and the troop was housed on the upper floor.
In the left wing the high commands were lodged, and the supplies was kept.
Here was where Second Lieutenant Mr. Antonio Pérez Gutiérrez, grandfather of Mr. Benito Pérez Galdós, was assigned as Commander of Arms of Militias. And in the house adjoining the barracks would be born his father, D. Sebastian de San Juan Evangelista Pérez Macias, on May 15, 1784, who was a Distinguished Soldier, Lieutenant Colonel of the Grenadier Corps that fought in the War of Independence , Captain of the Canary Militia, Interim Governor of the Castle of El Risco, and Commander of the garrison of the Island. In 2003 it is declared (BIC) Asset of Cultural Interest, with a Monument category by the Canary Islands Government. It is a private property.